Determination: What Keeps Us Going? 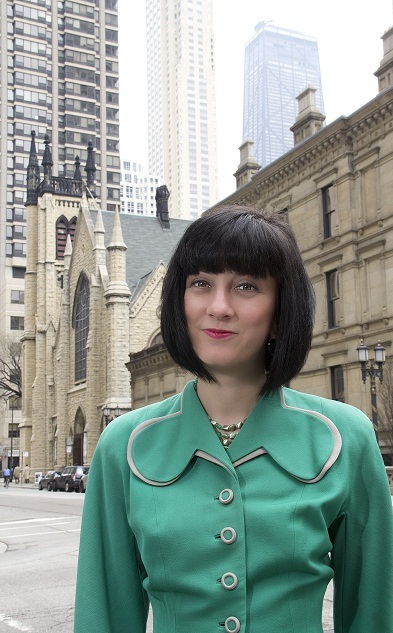 I’m delighted to introduce you to Jamie Janosz today, a wonderful writer and dear friend I met when we were both college freshman. (But we’re not getting into how long ago that was!) Thanks for being my guest, Jamie, and for offering encouragement for all of us today. (For more about Jamie, check out her bio and new book, below.) 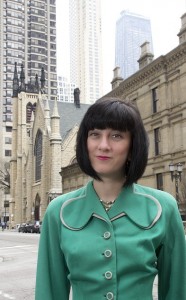 Jamie Janosz in her beloved Chicago

Determination: What Keeps Us Going? By Jamie Janosz

Amanda Berry Smith was born a slave. Her marriage was a failure. Abandoned by her husband, she worked long hours in wealthy homes. When her baby became ill, she did not have enough money to pay for medicine. When he died, she held him in her arms, weeping as she realized she could not even afford his burial.

Fanny Crosby became blind as an infant because of a doctor’s careless mistake. She grew up unable to do the basic things most children can do – run and play outside or read a book. For her, the world was a dark, foreboding, and sometimes lonely place.

Surely, she could have, should have given up.

What made these women keep going? How did they face discouragement? They went on to be quite accomplished. Amanda traveled the world as an evangelist and started an orphanage in Chicago. Fanny wrote hundreds of hymns that are still sung today. Their determination was rewarded, but not until much later in their lives. How did they press on? How did these women stay determined when even the smallest setback can sometimes shut me down?

1) They were grounded by their faith. These women believed God had a bigger purpose for their lives. They were women of prayer. They saw what they did on this earth as a part of something much greater.

2) They took one step at a time. Fanny could not possibly have known she would be a great hymn writer. But, she bravely applied to a blind school in New York. There, she learned to write poetry. Then, she met musicians. Each step led her a bit further. She did one thing at a time.

3) They refused to give in to discouragement. It would have been easy for Amanda Berry Smith to bury her face in her pillow and never get up again. Who would blame her? She was poor and depressed and alone. Yet, she kept going. She looked to the future. She was able to push past the grief of losing a child and care for the children of others.

What are you facing today? Does it seem overwhelming? Is your heart burdened and ready to call it quits? Are you tired or alone?

Determination does not rely on our own greatness. It means holding firm to your faith, refusing to quit, and being brave enough to take that first step.

Wow. Thanks, Jamie. So appreciate the encouragement from some great ladies who had every reason to quit, but didn’t. Here’s a bit more about Jamie…

Jamie Janosz is a wife, mother, professor and writer. She works at Moody Bible Institute in Chicago, but in her spare time you’ll find her poking through antique shops. Most recently she authored When Others Shuddered: Eight Women Who Refused to Give Up which tells the stories of eight significant women of faith. Her blog is www.jamiejanosz.blogspot.com. 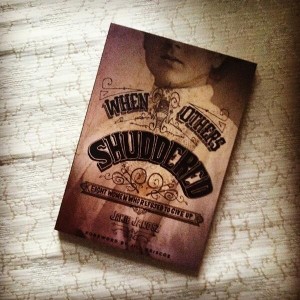 When Other’s Shuddered: Eight Women Who Refused To Give Up

I hope you’ll check out Jamie’s book, When Others Shuddered. It was wonderful. By reading these women’s stories, I was both encouraged and inspired to keep pressing on, keep going, no matter what.

So what do YOU do when you’re discouraged? How do you keep going? I hope you’ll leave a comment below.