The Value of Being a Tortoise

Ever since I first heard the story of the Tortoise and the Hare as a child, I’ve wanted to be the hare. It just looked like he was the one having all the fun. Full of energy, he bounded off with excitement, ready to tackle and conquer and take home the prize.

The tortoise, on the other hand, seemed rather…boring. He had no bounce in his step, didn’t seem to have a smile on his face—not in any of my storybooks, anyway—and just appeared to endure the journey. That didn’t hold much appeal at all. 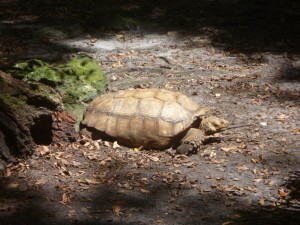 Slow and Steady wins the race

Even though the tortoise ultimately won the race, part of me still wants to be the hare. I want to get things done quick, so I can move on to something else.

Knowing I have the attention span of a gnat, I should probably write short stories, not novels. But the longer stories call me, characters whisper in my head, and finally, I have to write them down.

Last week, I helped with Ocali Country Days (check out my Facebook page for fun photos) and my writing completely stalled. All my brain cells shut down and I am now far behind on my NaNoWriMo (National Novel Writing Month) schedule. According to their handy dandy online stats, at this rate, I’ll reach my 50,000-word goal sometime in January. Sigh.

I’m tempted to say, “I give up. I’ll try again next November.” But I won’t. Because I’ve realized that to get a novel written, I have to borrow from both the tortoise and the hare. I’ve learned I write best in short little bursts of 500 words. Over time, those little spurts will propel me over the finish line. Maybe not by November 30, but that’s okay. I’ll get there.

I have a new book coming out in March of next year, which I’m super-excited about. When Angel Falls releases, it will be TEN years from the time I first wrote it. Yes, you read that right. Here’s a peek at the gorgeous cover: 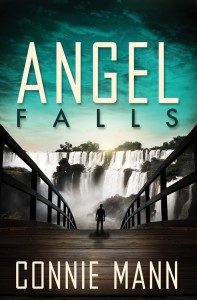 I am living proof that plodding along, one word, one paragraph, one chapter at a time will eventually get you where you want to go. (For more on the story behind Angel Falls, check out When Stubborn is a Good Thing.)

If you’re struggling today to keep moving forward, try taking a few hare-like bounces. And then do it again. And again, with tortoise-like plodding and determination.

Be proud to be a tortoise today.

How do you keep moving? I’d love to hear your strategies.