Nobody told us where we were going, exactly. Our host simply waved us into his un-air-conditioned van and then shot out of Heudin like the tires were on fire. Grinning, he whipped around curves and bounced over ruts as though this was a roller coaster, not an aging van.

My first glimpse of the tiny mountain town of Margau, Romania – population 350 – was a charming surprise. But it was our hosts’ gracious hospitality that stole my heart.

We ate our meals with the family at a massive picnic table under a canopy in the yard. Our hardworking hostesses cooked with an old-fashioned wood stove–in upper 90s heat, no less–and the newer gas stove next to it.

They offered homemade cherry, raspberry and pine syrup for our mineral water and honey from their hives for our bread. If we wanted a shower, we waited a few minutes while someone started a fire under the hot water heater in the bathroom. I’m sure it’s toasty in winter, but in the summer, the room became its own sauna.

The first evening, the children got very excited. “Do you hear the bells?” Nadia asked. “The cows are coming home, so we can get milk.” Sure enough, here came the cows, single file, plodding home after a day in the hills. Each one went right to her own house. I saw one patiently waiting by a gate for someone to let her in.

We stayed at a cousin’s house nearby, where we had electric lights…and an outhouse. We walked in the fields, picked raspberries off the bush and got a lesson in what each of the plants and wildflowers were used to treat. While they brought meat in from the smokehouse out back, we set up our “Internet cafe” on the picnic table out front. (Surprisingly, they had awesome wireless!)

We were only there for a couple of days, but we felt we’d become part of the family. They gave us so much more than their hospitality. Through their stories and example, we learned what matters most to them.

Before we left, one of the gentlemen I’d interviewed said, “You have been asking a lot of questions. Now I have some questions. Did you enjoy your time in Romania? Would you come back?”

“I had a wonderful time and I would love to come back someday!” 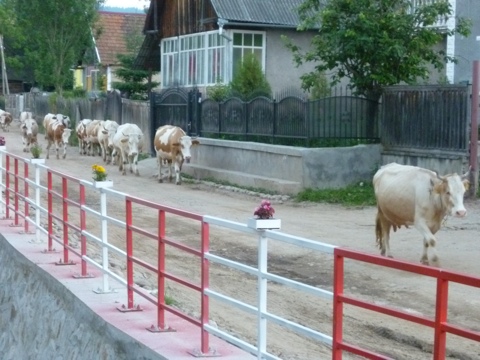 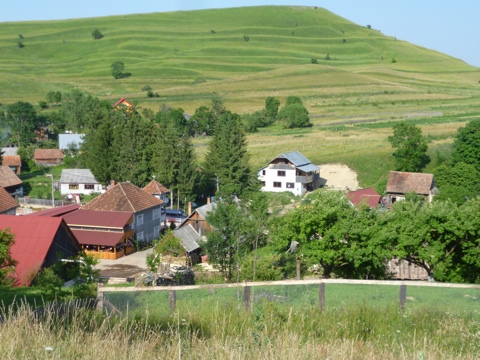 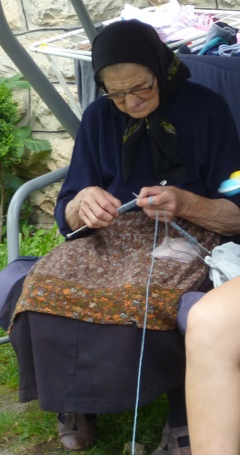 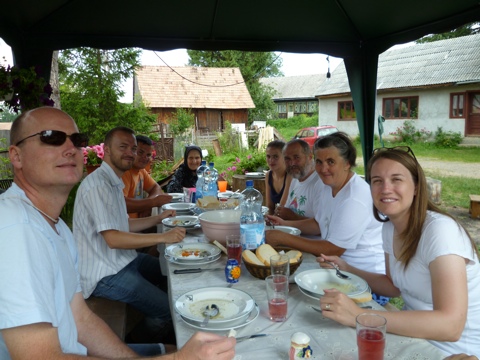